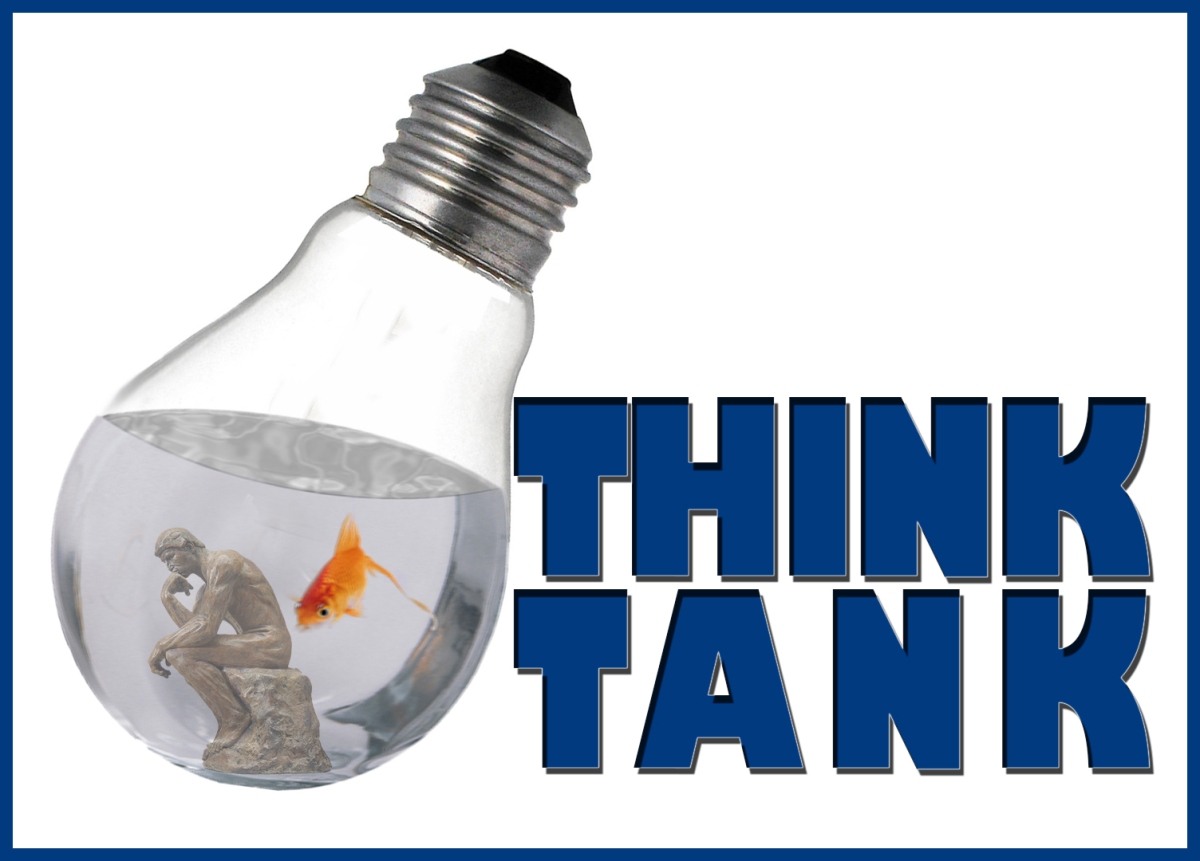 Think tanks are a group of people that review the literature, discuss about the literature, think about ideas, do tons of research, write, provide ideas, legitimize ideas, advocate, lobby, and arguing just to address a problem(s) (Mendizabal, 2011; TBS, 2015; Whittenhauer, n.d.). In short, they are idea factories: creating, producing, and sharing (Whittenhauer, n.d.). The balance between research, consultancy, and advocacy and their source of their arguments/ideas: applied, empirical, synthesis, theoretical or academic research; help shape what type of think tank they are (Mendizabal, 2011). Finally, there are two types of think tank models, one roof model where everyone gathers in one physical place to meet face-to-face or the without walls model where members only communicate through technological means (Whittenhauer, n.d.).

McGann (2015) stated that the explosive growth of think tanks could be attributed to the growth in information and technology and a decline of government’s control of information, while there is a rise in the complexity and nature of the issues.  The U.S. houses 1989 think tanks, which is about 33% of the world’s total think tanks at 6,618 and housed in 182 countries around the world (McGann, 2015; TBS, 2015). Meanwhile, Europe houses 1822 think tanks (McGann, 2015).

Think tanks within a company can be used to help Research and Development teams within the company (Penttila, 2007).  Think tanks in both capacities have the challenge to harness their knowledge, information, and energy to support progress (McGann, 2015). However, some companies cannot afford an innovation center or a think tank, even though it is a vital in today’s current market, due to competitive challenges, resource challenges, technological challenges, and policy challenges (McGann, 2015; Penttila, 2007).  Penttila (2007) gathered five strategies from think tanks that are a positive force for innovation: (1) combining ideas by looking for intersections between ideas and how they may work together; (2), think backwards by starting with the desired outcome in mind and working your way back; (3) rapidly prototype by putting ideas into action on a small yet realistic scale; (4) have funds set aside for encouraging people incubate and chasing after ideas; and (5) record ideas through an online environment.  For companies with little budget adopting a without walls, model thinks tank is more economical, and most overhead costs are not paid by the think tank, allowing for more money to be invested into research (Whittenhauer, n.d.).

Measuring the influence of a think tank composes of: the number of active scholars in it, publication record, scholarly achievements, how well they are attracting and holding visitor traffic from their web portals, average yearly revenue, number of categories they address, and how deep did their research affect the culture (TBS, 2015).  This is essentially assessing them by their intellectual depth, influence (politically or within the organization), marketability, value generating capabilities, etc. (McGann, 2015).

Earth Institute: Another university-affiliated think tank, founded by Columbia University, the primary focus of research for this think tank revolves around the climate, water, energy, agriculture, ecosystems, global health, urbanization, hazards and risk reduction, which are all foundational to the earth’s systems and life (Earth Institute, n.d.; TBS, 2015). They have a monetary monthly traffic of $5.2M and have over 100 media references (TBS, 2015).